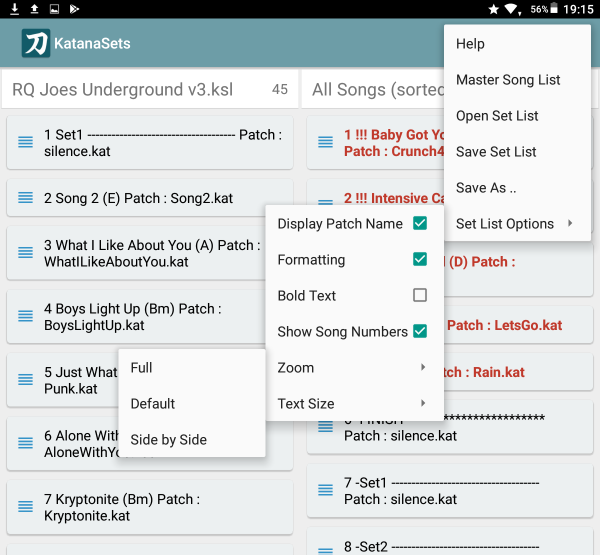 As well as simply showing you a list of all of your saved patches, KatanaMan Pro, GT1Man/GT1BassMan & GT1000Mate all have the ability to display SetLists as well - KatanaSets makes creating and managing these sets easy. For brevity the remainder of this article will refer just to KatanaMan, however this functionality applies to all of the apps named above.

Whilst KatanaMan is great for capturing your creative tones as a patch, if you are a performing musician, when on stage you really need to work with a SetList (ie a list of songs in the order they are to be performed). With KatanaSets you can create and re-order setlists by simply dragging and dropping tiles (songs).

Once created and saved from KatanaSets, the setlist is immediately available to KatanaMan.

The heart of KatanaSets is one or more master song list(s) which you create. The master song list (MSL) is a list of all of the songs in your repertoire and the associated KatanaMan patch used for that song. Setlists can then be built by dragging songs from the MSL into the setlist. Songs within a set list can be re-ordered by dragging and dropping in the new position. Songs can be removed from the setlist by dragging them away from the list. 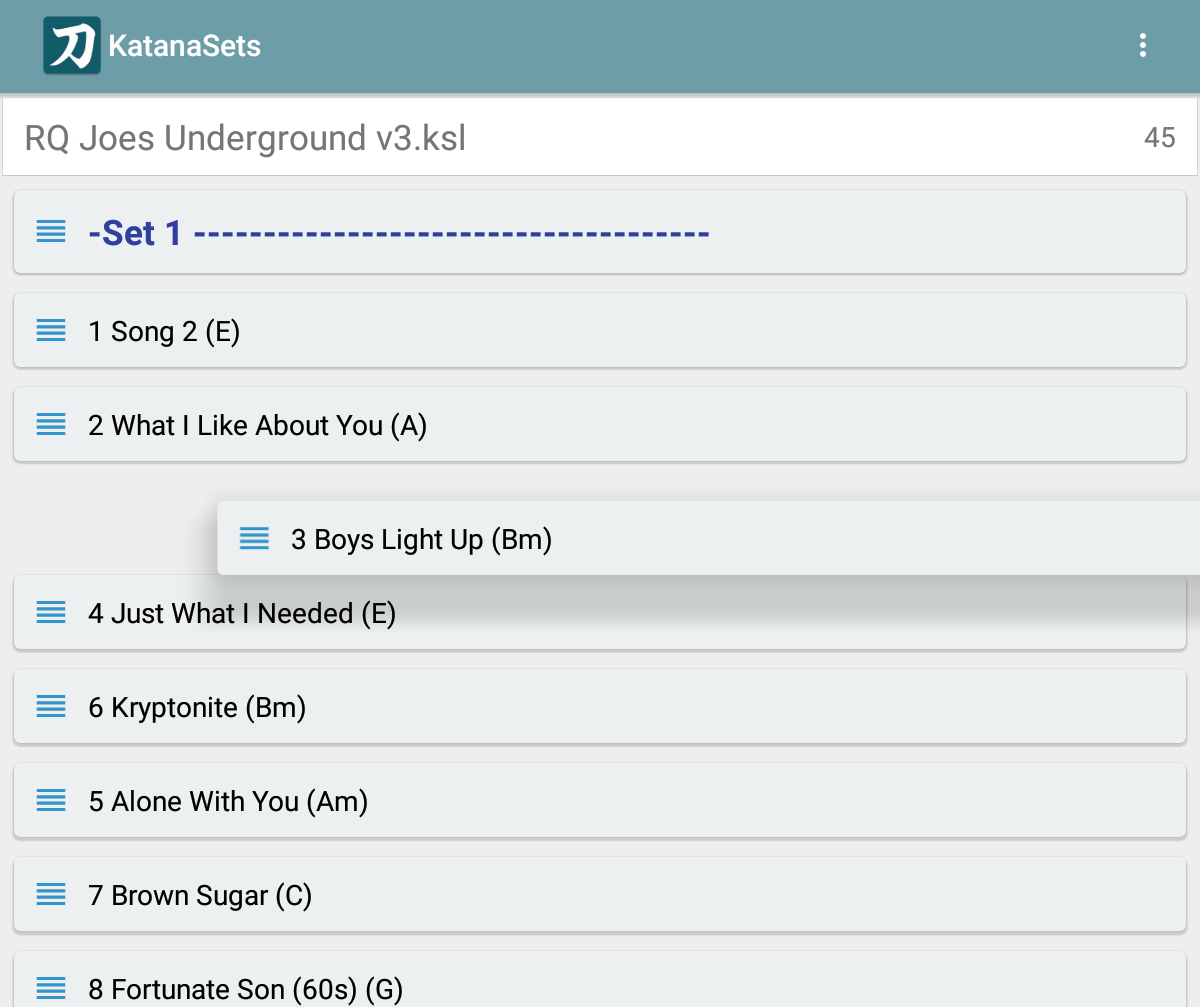 You can re-order songs by dragging & dropping them 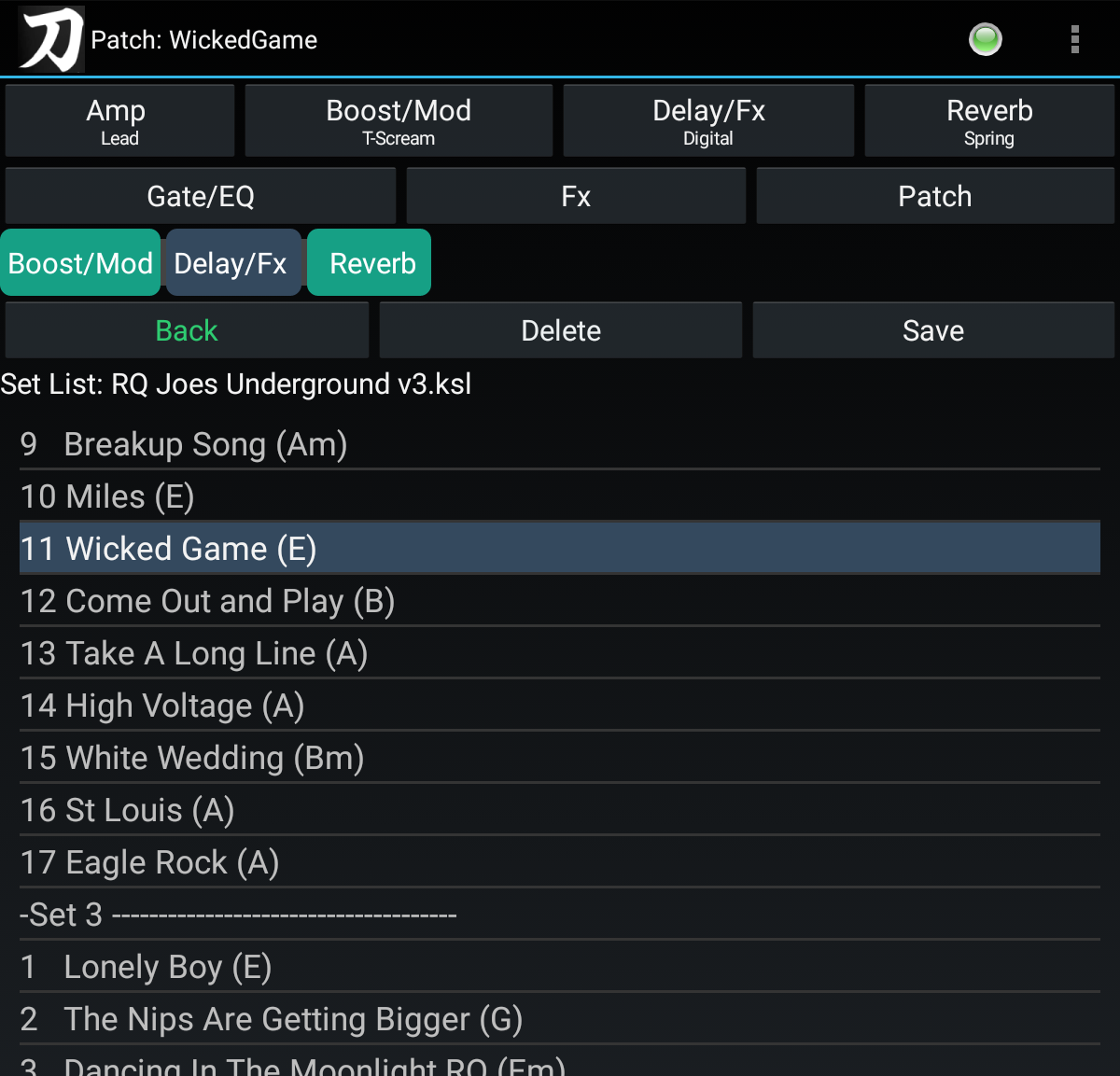